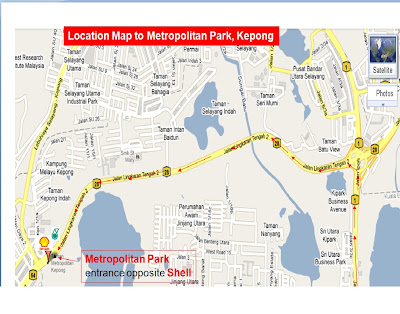 The Countdown to Summer is on

I haven't reached out to you in a few months, but I wanted to let you know that The Fresh Air Fund is again in need of host families for this summer. If you could help get the word out on wongkeiming.blogspot.com it would really help us place these wonderful children into a loving host family for up to two weeks of a fresh air experience they will never forget. I've put together a new social media release, so please feel free to use any of the images, graphics, banners, or copy:

Please let me know if you are able to post or tweet and if you have any questions. Your efforts can help a child have an experience that will change their life!

The Fresh Air Fund is looking for runners and sponsors to join our Fresh Air Fund-Racers team for the NYC Half-Marathon this coming March 20th and I was hoping you might be able to post something about it on Wongkeiming.Blogspot.com to share with your readers. This is a great way to participate in NYC's premier road race while helping Fresh Air Fund children. Please feel free to repost anything from our news site here:

We are also in need of host families for this Summer. Host families are volunteers who open their hearts and home to a child from the city to give them a fresh air experience they never forget. Please let me know if you are able to post or tweet and if you could send me the link that would be wonderful. Together we can help make sure these children have everything they need!

Sara
--
Sara Wilson,
The Fresh Air Fund
sara@freshair.org
www.freshair.org
at 10:06:00 AM No comments:

Finally! I've got it!

I have been practising very hard since the beginning of 2009, I really hope to become one of the youngest pacemaker to get this award in 2009, however my toughest arch rival Naresh Kumar beaten me by 2 points. Came to TIGER year of 2010, I have finally earned what I have always wanted the most and It was dream come true! I am now officially being crowned the youngest and pacemaker of the year for 2010. Not only that, I have also broken the record from 42 to 46 in the medal tally which is another bonus, I hope this record will hold for long long time.

To always stay at top form is something impossible, thus I only focused on those important events, other than that I did not really showed 100% of my effort because I knew it was going to affect my body condition. I have encountered some serious injuries along the way this season, somehow I did not intend to take a break and I told myself just go on.

I always like to improve myself more in every race, I have tried number of methods to push myself beyond limit. Sometimes I realised I could not even go further even though I have had those kind of intensive trainings. I decided to join uncle Chan Chee Seng for training in May, his training was a lot tougher compare to the training I have had before. At beginning I almost wanted to give up his training but I kept going. This training really help me in improving speed.

I have traveled a lot of places in 2010, first oversea run was in Hatyai, it was also first time traveled out of Malaysia in my life, it was such fantastic experience which allowed me to explore something different which I have never been through before. Other places in Malaysia such as Cameron Highlands, Alor Setar, Taiping, Seremban, Bidor, Ipoh, Penang, Muar etc. 2010 was more evenful and abundant compared to 2009.

Last but not least, thanks Pacemakers Network for the award and recognition, thanks everyone who always helped me and gave me advice, I hope 2011 will be another great year for me, will double up my effort to get this award for the second time in 2011, will definitely defend the title. SIGNING OUT!
at 4:27:00 PM No comments:

I hope you're doing well this holiday season. Thanks to the generosity of people like you helping to bring awareness to our program, it's been another wonderful year for some of New York City's neediest children. I was hoping you might be able to post something again about The Fresh Air Fund on Wongkeiming.Blogspot.com to share with your readers. I've set up a new microsite with some great holiday banners, photos, videos, and lots of info, so please feel free to repost any of it:

We've been thrilled that thousands of children were able to escape the inner city for fresh air at one of our camps in upstate New York, or enjoyed their stay with volunteer host families this year. Please let me know if you are able to post or tweet and if you have any questions. Your efforts can help a child have an experience that will change their life!

Thank you so much and have a wonderful holiday season,

half day trip to klang

woke up around 3.40am early and went out to fetch stanley, julie, chee wah and chen kwok, together to klang run4it. actually i did not sleep quite well last night. i planed to sleep by 11pm however i did not fall asleep so easily, as a result my eyes were black like panda!

since chen kwok is preparing for his penang bridge marathon, i decided to pace him for the entire race, average pace was juz below 5.05 per km, we had completed the run with 1'01'43, what a great training it was! i felt comfortable and great. this was a good start rebuilding up my body. so i didn't really push too hard.

actually i am quite concern about this coming penang bridge 10k race, currently so far so good in every training session with coach chan. i need to put more effort on training rather than races. i believe i could do well and finish top 15 in penang bridge race. add oil!
at 12:43:00 PM 1 comment:

an ordinary day during birthday

thanks everyone for birthday wishes yesterday via facebook, sms-es, calls, from mars, moon, sun and blar blar blar! special thanks to my buddies jacky loong and kin man who hosted a small birthday supper at wongkok leisure mall during my SLEEPING TIME, i was so happy and touch. sorry to those for not picking some call due to busy work. wish u all have a fantastic days ahead too!
at 10:26:00 AM No comments:

The Fresh Air Fund is looking for runners and sponsors to join our Fresh Air Fund-Racers team for the NYC Marathon on November 7th. I thought you would be interested in helping out by posting a mention of this exciting news on Wongkeiming.Blogspot.com. This is a great way to participate in NYC's premier race while helping Fresh Air Fund children. Please feel free to repost anything from our site here:

As you may be aware, over the past four years as a NY Road Runners charity partner for the NYC Half-Marathon, our 325 Fund-Racers have raised close to $400,000 for The Fresh Air Fund! Please let me know if you are able to post or have any questions, and if you could send me the link that would be great.